What is RiboCeine Technology and The Benefits?

*** Be a distributor of RiboCeine in your community with Max International products. ***

Scientifically speaking, RiboCeine is comprised of L-cysteine and D-ribose. The human body produces both components and each plays an important role in the maintenance of ATP (adenosine triphosphate) production. The presence of cysteine in the body’s cells enables the production of glutathione while ribose produces cellular energy.

The inclusion of cysteine is a key factor in the compound’s effectiveness. Only certain types of cysteine can permeate our cells, which can lead to an insufficiency in cysteine in the body. Without supplemental cysteine, the end result is reduced levels of glutathione and a poorly functioning immune system. Cysteine can be found in high-protein foods such as meats, eggs and dairy products. Unfortunately, absorption of cysteine by the small intestine is virtually impossible due to its susceptibility to acids in the digestive tract.

The Need for RiboCeine

The Ribose component of RiboCeine facilitates energy recovery by manufacturing energy compounds for the cell. Ribose is valuable because it is not simply a form of fuel. It has been linked to tissue recovery, the successful treatment of heart disease, and the reduction of fatigue. It is a simple sugar that is made by each cell in the body. While ribose is present in certain meats, the ribose is usually destroyed during the cooking process. Watch the following video behind the science of RiboCeine.

With the advent of RiboCeine, people now have a scientifically proven method of enhancing cysteine and glutathione. For many years, the only supplement able to increase cysteine to facilitate the production of glutathione was N-acetyl cysteine (NAC). Studies comparing RiboCeine with NAC have shown that RiboCeine is far more effective than NAC at bolstering glutathione.

It is the interaction between L-cysteine and D-ribose that actually facilitates the production of glutathione. It may seem that the mere presence of both of these compounds in the body should be enough to produce glutathione. However, L-cysteine often fails to make it through the digestive system, making it difficult to link with the D-ribose. It is actually the combination of the two compounds combined with the mode of delivery of RiboCeine that provides the compound with the protection needed to facilitate absorption by the small intestine.

It is no wonder we partnered with Max International for the distribution of these great effective nutraceuticals. You can get the products ordered at here and have them delivered to you.

RiboCeine’s Emergence into the Scientific Community

RiboCeine’s formal debut into the scientific community took place in 1987. It was during this year that founder Dr Herbert Nagasawa published the first paper documenting the benefits of RiboCeine. Well known within the academic clinical research realm, Dr Nagasawa initially focused on cellular health and liver disease. His studies focused on the use of compounds naturally produced by the body to enhance the cellular replacement process.

The creation of RiboCeine occurred after years of preliminary research with Vietnam War veterans. As Senior Research Scientist for the Veterans Administration, Dr Nagasawa was passionate about helping Vietnam veterans who had succumbed to alcohol abuse during their tenure in Vietnam. His scientific pursuits were dedicated to helping these veterans avoid cirrhosis of the liver and possible death as a result of their alcoholism.

After Nagasawa discovered that glutathione helped to protect the liver from harmful toxins, he began testing compounds to attach to cysteine in an effort to raise glutathione levels. Upon determining that Ribose was more effective than all other agents tested at binding to cysteine and facilitating its absorption by the body, RiboCeine was born.

Download a copy of the Independent studies on RiboCeine here

What Makes RiboCeine so Effective at Enhancing Glutathione Production?

Much of RiboCeine’s success in enhancing glutathione production lies in the compound’s patented delivery method. Many products on the market designed to bolster glutathione production fail due to an improper administration or because they are destroyed during the digestive process. Manufacturers of competing products fail to recognise the impact of the destructive power of the acids in the gastrointestinal tract. 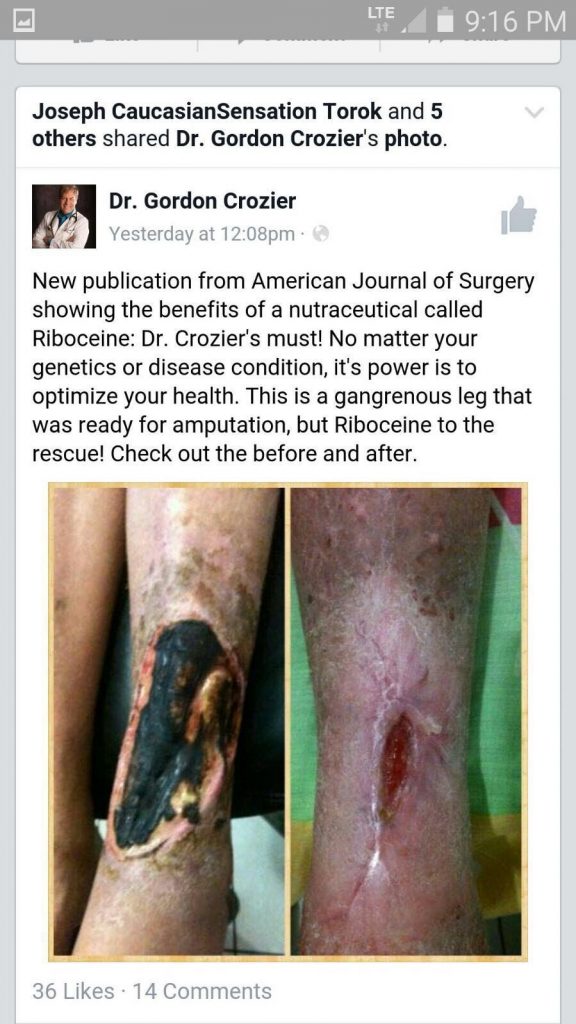 RiboCeine has consistently outperformed competing products that were designed in an effort to increase glutathione. Unlike competing products that rarely make it through the body’s digestive system, RiboCeine’s patented technology actually facilitates the proper absorption of the molecule by the body. Scientific institutions including The National Institutes of Health (NIH) have supported 20 published studies that focus on the effectiveness of RiboCeine.

RiboCeine is a patented technology able to enhance glutathione production in the body. It sets this groundbreaking compound apart from competitors in the market. It has proven successes at increasing glutathione levels. And has emerged as a powerful weapon in the battle against disease and environmental toxins.

Source: This article was culled from and originally published by HealthPlusWealth