The Health Benefits of Drinking Wine

The Health Benefits of Drinking Wine

[quote_center]“I cook with wine, sometimes I even add it to the food.” – W.C. Fields[/quote_center]

So, wine is usually considered a “ceremonious” addition to the food table, as is obvious in the African or let me just say Nigerian setting. This may be attributed to the fact that most people consider drinking wine as a luxury and this is also owing to the fact that it is quite a pricy food item.

Not long ago wine, or any form of alcohol, was considered a preventative beverage. Before we had sanitary drinking water, drinking wine was the safest bet in town. Good mothers ensured their children enjoyed a morning cup of some fermented beverage for calories as well as for prevention of infection. Reports say in the United Kingdom, especially Ireland as far back as in the 1930’s if one contracted tuberculosis he was prescribed a common Irish cure: a Guinness a day.

Well, contrary to popular opinion, wine SHOULD be a necessary accompaniment to meals especially high carbohydrate foods. Wine and health is still an issue of considerable discussion and research.

According to Harding, G. (2005) author of “A Wine Miscellany”, drinking wine has a long history of use as an early form of medication, being recommended variously as a safe alternative to drinking water, an antiseptic for treating wounds, a digestive aid, and as a cure for a wide range of ailments including lethargy, diarrhea, and pain from child birth.

When next you go drinking with friends consider these:

Gender: Women have less body water than men and hence retain a higher blood-alcohol concentration than men from a single drink.

Researchers gave some lucky rats champagne-laced food while the control group of rats was merely offered ordinary food. They then placed the rats in a maze in search of food. Five minutes later they placed the rats in the same maze to see which group best remembered the location of the food. The ritzy rats with Champagne-laced food had a 70% success rate over the ordinary food rats (who had a mere 50% success rate). After six weeks of Champagne with dinner, the Champagne rats showed a 200% increase in memory-boosting proteins.  So, the news is good: Champagne made with red grapes (sometimes referred to as ‘blanc de noir’) has a high phenolic content. However, Champagne made with white grapes, known as ‘blanc de blanc,’ does not boast as high a phenolic content so read your label carefully. It’s worth noting that any sparkling wine made from red grapes qualifies as high in phenolics, whether it’s sparkling Shiraz or sparkling Oregon Pinot Noir. For medical purposes, I recommend sticking to Champagne; if you’re going to do this, then do it right.

Evidence: Wine drinkers have a 34 percent lower mortality rate than beer or spirits drinkers.
Source: a Finnish study of 2,468 men over a 29-year period, published in the Journals of Gerontology, 2007.

Evidence: Moderate drinkers suffering from high blood pressure are 30 percent less likely to have a heart attack than non-drinkers.
Source: a 16-year Harvard School of Public Health study of 11,711 men, published in the Annals of Internal Medicine, 2007.

Evidence: Red-wine tannins contain procyanidins, which protect against heart disease. Wines from Sardinia and southwest France have more procyanidins than other wines.
Source: a study at Queen Mary University in London, published in Nature, 2006.

Evidence: The possibility of suffering a blood clot–related stroke drops by about 50 percent in people who consume moderate amounts of alcohol.
Source: a Columbia University study of 3,176 individuals over an eight-year period, published in Stroke, 2006.

Evidence: Moderate consumption of wine (especially red) cuts the risk of colon cancer by 45 percent.
Source: a Stony Brook University study of 2,291 individuals over a four-year period, published in the American Journal of Gastroenterology, 2005.

Evidence: Brain function declines at a markedly faster rate in nondrinkers than in moderate drinkers.
Source: a Columbia University study of 1,416 people, published in Neuroepidemiology, 2006.

So, while you party this weekend, do it healthfully!

Read all of the guidelines across the globe HERE. (created by the International Center for Alcohol Policies)

Do Not Throw Away Eggshells Again!

Leave a reply Click here to cancel the reply

Make a shopping list of your fruits and veggies on the 5ADay page and email it to us! 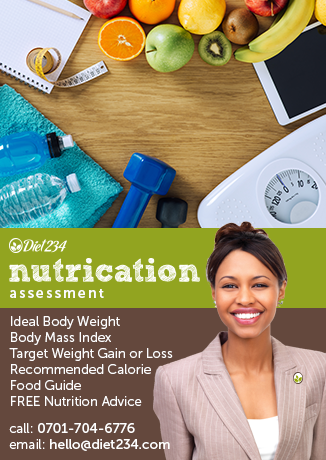 By The Diet Doctor / No Comments

Vitamin P: Immunity Support in the Fight against COVID-19

By The Diet Doctor / No Comments

Looking to eat healthy and live happy? Get tips NOW!

Get inside scoop of what we have to offer!

We will not share your details with 3rd party