Pregnancy Nutrition: The Myths and Facts 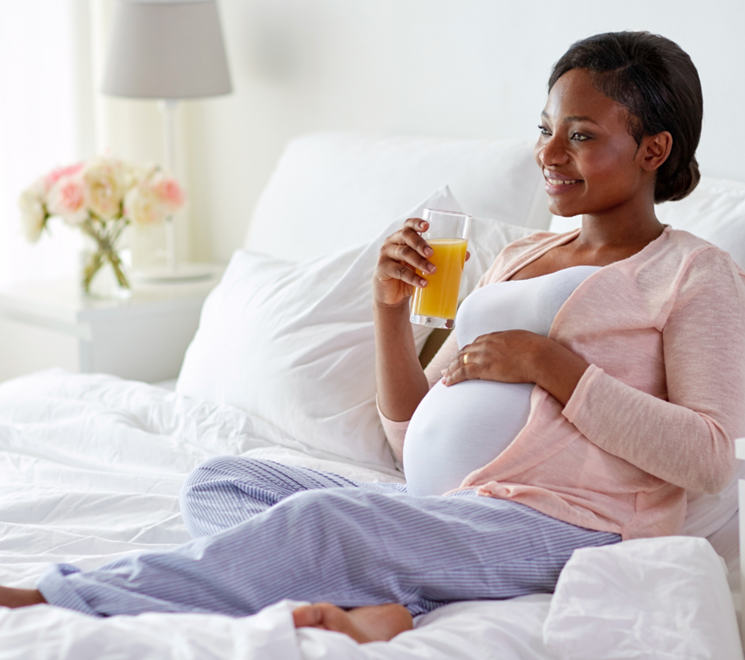 Pregnancy nutrition is a growing concern amongst mothers-to-be, pregnant women, nursing mothers. This is a BIG DEAL! As we may know, the initial 1000 days of a baby’s development is critically dependent on the mother’s nutrition in the formative process. Pregnancy nutrition cannot be overemphasized.

It’s time to eat up.
You’ve heard the phrase “eat for two” a million times. And even though you need extra nutrients like calcium (1000 mg) and iron (27–30 mg) while you’re pregnant, you don’t need any extra calories until the second trimester. Even then, it’s only an additional 300 each day, and the challenge is getting those calories from baby-building foods instead of XYZ Confectionaries. Try ¼ cup nuts plus ¼ cup dried fruit or ½ of a turkey + vegetable sandwich. Remember, you don’t need to eat much more each day just smarter.

Don’t sweat it.
Doctors used to advise their pregnant patients to put their feet up for the entire 40 weeks. These days we know that staying active during pregnancy will help you feel better, manage your stress, and even prevent pregnancy complications like gestational diabetes. It may also shorten the duration of your labour and help you snap back in shape postpartum. Even if you haven’t been following a regular exercise routine, you can start a walking program during pregnancy. Just make sure to check in with your doctor first.

You need meat.
With all the extra iron and protein you need during pregnancy, it seems like it would be nearly impossible to be meat-free and healthy. It requires extra work, but it’s doable.

Vegetarian sources of iron include:

Vitamin C helps you absorb iron, so pair it with the foods above. The goal is to get 27–30 mg of iron each day.

If you avoid dairy products, there are plenty of other ways to get calcium, which is important for building strong bones for your baby:

Getting 60 grams of protein each day is a bigger chore when you don’t eat animal products, but if you include these foods in your diet, you can rack up the grams pretty easily:

You also want to make sure you’re getting enough DHA omega-3. If seafood isn’t in your diet, try omega-3 enhanced eggs, walnuts, and DHA-fortified soymilk or juice.

Vitamin B12 is important for your baby’s neurological development and is supplied by animal-derived foods like poultry, fish, meat, eggs, and dairy. If you follow a vegetarian or vegan diet and are breastfeeding, you may want to talk to your paediatrician to make sure your baby’s getting enough of this nutrient.

You should can the fish.
The Food and Drug Administration (FDA) and the Environmental Protection Agency (EPA) advise pregnant and breastfeeding women (and also women of childbearing age) to eat up to 12 ounces of low-mercury fish a week and steer clear of swordfish, tilefish, king mackerel, and shark (mainly deep water fish).

However, many women think it’s just too confusing to understand which fish are OK to eat, so they avoid all types of fish, to the detriment of their child. Women with a low seafood intake (less than 12 ounces a week) had children who scored lower on tests for fine motor, communication, and social development skills from ages six months to eight years, according to a 2007 paper published in the Lancet. And when women ate more than the government-recommended 12 ounces a week, their child’s neurodevelopment and verbal IQ scores benefited.

Fish contains DHA (docosahexaenoic acid), an omega-3 polyunsaturated fat, that is essential for your baby’s brain and eye development. Our bodies don’t make it, so we need to get it from the food we eat. It’s found mainly in fatty cold-water fish, like salmon, herring, tuna, trout, and oysters, but now you can find DHA in everything from orange juice to yoghurt.

Unfortunately, most pregnant and breastfeeding women only get about 50 mg of DHA a day. Low levels of DHA in breast milk and low seafood consumption levels have been linked to postpartum depression, which affects 10–15% of mothers. So make sure to get 200 mg a day while you’re pregnant and also throughout breastfeeding.

Caffeine may be worse than you think.
Most recommendations have allowed up to 300 mg of caffeine a daythat’s about three 8-ounce cups of regular drip coffee. But a January 2008 study from the Kaiser Permanente Division of Research showed that women who consumed 200 mg of caffeine a day had double the risk of having a miscarriage than women who didn’t have any.

Truethis is just one study, but it’s a smart bet to reduce your intake of coffee and other caffeine-packed drinks. And stay away from energy drinks, including natural ones with guarana and yerba mate. Instead, pick up a new habit like drinking caffeine-free tisanes, rooibos (red) tea, or Teeccino, a product made from herbs and nuts that you can brew like coffee.

You need nutrients you’ve never heard of.
Of course, you know about calcium and ironyour ob-gyn probably mentioned those to you early on. What she probably didn’t mention was cholinea nutrient important in pregnancy nutrition especially for baby’s brain health. You’ll find it in eggs, soy-based foods, pork chops, cauliflower, and liver. Choline may even help your child’s memory and ability to learn down the road because it plays a role in the development of the hippocampus, which is the memory centre of the brain.

You need 450 mg of choline each day. Two eggs will net you 250 mg, but don’t chuck the yolkthat’s where the good stuff is. Half a cup of roasted soybeans will get you 107 mg of choline and a 4-ounce pork chop supplies 97 mg. And get into the habit of sprinkling wheat germ over cereal, yoghurt, and salads1/4 cup gets you 50 mg of this important nutrient.

It pays to keep your kitchen clean.
Being pregnant makes you more susceptible to foodborne illness, which can cross the placenta and put your baby at risk. I know one woman who got sick from the food she ate four times during her pregnancy! But luckily her baby was just fine.

These days we don’t just dine at the dinner table, but also at our desks and in our cars, increasing the number of food safety hazards. The main thing is to steer clear of undercooked and raw foods (that includes cookie dough), avoid lunch meats and unpasteurized cheese + milk products, and stick to smart food safety practices, especially in barbeque and grilling. And wash your hands! That’s the biggest thing you can do to not get sick. Check out more food safety tips.

Now’s the time to go organic.
With the economy in the toilet, you might think it’s irresponsible of me to recommend that you go organic. Yes, organic foods are more expensive on average, but think of the money you’ll spend as an investment in the future. And you don’t need to go organic with everything, making the right choices on certain types of foods can go a long way toward keeping you and your baby healthy.

Studies on pregnancy nutrition show that in areas where pesticide and nitrate (from fertilizers) residues are heaviest, premature births are highest. Going organic will not only help you cut down your exposure to pesticides but also added hormones and antibiotics.

A study done in the UK found that milk from organically raised cows was higher in CLA (a good-for-you fatty acid), antioxidants, and vitamins than milk from conventionally raised cows. CLA is a type of omega-3 fatty acid that has been linked to everything from inhibiting cancer to lowering bad cholesterol, improving immune function, enhancing the bone building, and even improving the use of glucose in diabetics.

I think it’s smart to go with organic dairy and meat whenever possible. As far as fruits and vegetables go, stick to organic for the ones that are most heavily sprayed with pesticides, but save your pennies and choose conventional for the rest. You can find an updated list here.