What you need to know about the Ebola Virus 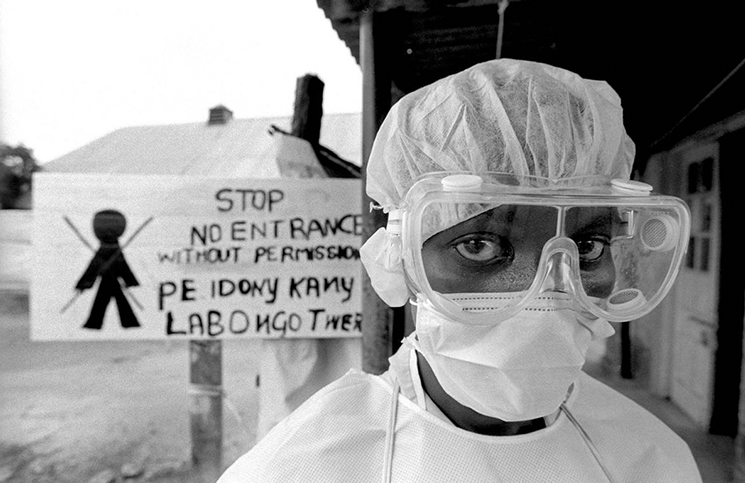 So I woke up on friday to broadcasts on BBM and Whatsapp instructing me to bath with warm water and salt. I just laughed, shook my head, and went back to sleep. Not long after, my dad got a call from an aunt, telling him to wake us all up so that we all can bath with warm water and salt, and drink it too.
Guess how he reacted to it?
He immediately went to put on the generator set, boiled a big pot of water, and had his salt water bath. After which he kept insisting we all do the same. Every member of my family took the salt water bath amidst heated discussion on if salt water bath will have any effect on Ebola prevention.
I was of the opinion that it won’t.Common, ebola isn’t airborne, is it? Even if it were, how does salt factor in?

Needless to say, I did take my bath with the salt water. I wanted my family to feel safe because at that point, any other thing I was saying felt like pouring water on a stone.
The long and short of this story is that I fell for the crap. #covers face.
Thousands if not millions took the saltwater, someone told me he used a hand full of salt for his solution.
Imagine the health risks it poses on hypertensive patients whose sodium intake should be reduced. It’s disheartening the way people start and spread deceptive information online. It’s real bad.

Now, let’s know more about Ebola virus to avoid any future “bath and drink pepper water” that might come up online.

Here, are some KEY FACTS to note

Ebola Virus Disease is a severe and often deadly illness that can occur in humans and primates (e.g. monkeys, gorillas). It has made worldwide news because of its destructive potential.

Ebola virus disease (EVD) is caused by a virus belonging to the family called Filoviridae. Scientists have identified five types of Ebola virus. Four have been reported to cause disease in humans: Ebola-Zaire virus, Ebola-Sudan virus, Ebola-Ivory Coast virus, and Ebola-Bundibugyo. The human disease has so far been limited to parts of Africa. The Reston type of Ebola virus has recently been found in the Philippines.

The disease can be passed to humans from infected animals and animal materials. Ebola can also be spread between humans by close contact with infected body fluids or through infected needles in the hospital.

During the incubation period, which can last about 1 week (rarely up to 2 weeks) after infection, symptoms include:

There may be signs and symptoms of:
Coma
Disseminated intravascular coagulation
Shock

Tests used to diagnose Ebola fever include: CBC, Tests of how well the blood clots (coagulation studies), Liver function tests. Tests to show whether someone has been exposed to the Ebola virus (virus-specific antibodies)

There is no known cure. Existing medicines that fight viruses (antivirals) do not work well against Ebola virus. The patient is usually hospitalized and will most likely need intensive care. Supportive measures for shock include medications and fluids given through a vein.

Survivors may have unusual problems, such as hair loss and sensory changes.

Call your healthcare provider if you develop symptoms of the disorder. Early diagnosis and treatment may improve the chances of survival.

Avoid areas in which there are epidemics. Wear a gown, gloves, and mask around sick patients. These precautions will greatly decrease the risk of transmission. Also use of hand sanitizers frequently especially after handshakes.