Help for Your Colicky Baby 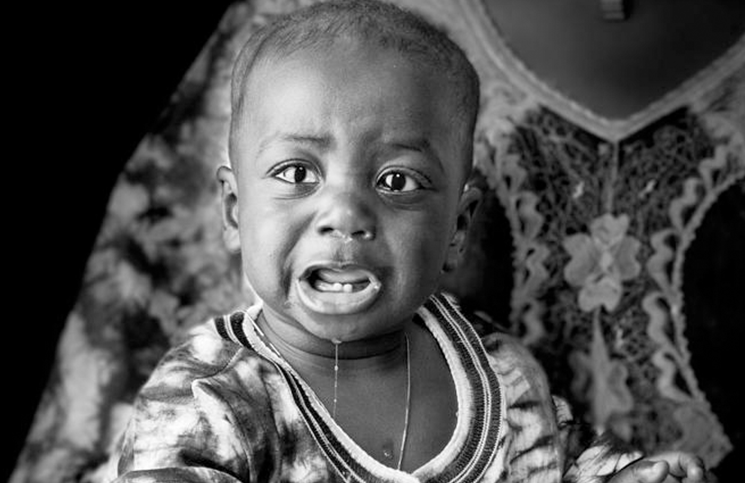 Has your colicky baby turned into “cry cry” baby?

According to the dictionary on my Nokia Lumia phone 630; English Dictionary for Windows Phone by Flow Simulation Ltd. It defines thus,

[quote_center]”Colic (noun. Med): It is a severe paroxysmal pain (that is painful sensations occurring at intervals) in the abdomen, due to spasm (involuntary contraction of muscles), obstruction (a blockage), or distention (stretching) of some of the organs in the bowel space (the colon).[/quote_center]

This condition is so named “Colicky” from its being seated in or near the colon. It is a situation that has maddened mothers and their husbands since the beginning of child bearing.

You know what I mean, don’t you?: As if on some kind of autopilot, your newborn baby starts crying nearly every day at the same time for what seems like hours. But, this is no “baby prank” you should just overlook, as the colicky baby shows the following signs:

Signs of Colic in Your Baby 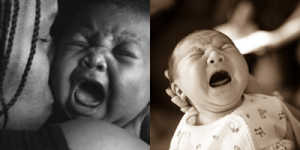 To this day, most doctors, even though not sure, suspect that it is gas and air trapped in infant’s immature digestive system. Well, I have researched on a few home remedies to help calm your colicky baby during these episodes of discomfort.

According to the editor’s of Prevention Health Books, in a survey taken in Pennsylvania, a mother said that her babies loved the taste of the ginger ale, and they got quiet real quick. She said, “After about 30 minutes, they did a lot of burping (a reflex that expels gas noisily from the stomach through the mouth) but they would not be crying anymore”.

[quote_box_left]”Ginger ale can gently aid gas expulsion from a colicky baby, just as it does in adults” ~ Dr. William J. Fanizzi[/quote_box_left]

Dr. William; Senior Physician and Director of Pediatrics Broward County Public Health Unit, Fort Lauderdale, Florida has treated over 100,000 children during his 35 years of career. He goes further to say, “….be careful how much (ginger ale) you give an infant.”

What does ginger ale do? “You drink some and you burp a little bit- especially if it’s bubbly” he explains. “And when you burp, the gas from the ginger ale and some of the gas that’s stuck in your stomach will come out, and you will feel better. It’s the same thing with kids. Also, “…I wouldn’t advise giving ginger ale more than a few times to a colicky baby – they can get accustomed to the sweetness, and we don’t want that”, he says. 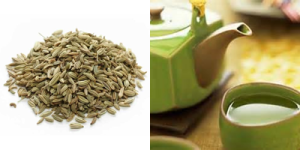 To make tea, use a cup of bottled water heated on the stove, mix in a teaspoon of seeds and a quarter teaspoon of raw sugar. After letting the mixture cool, strain out the seeds and pour into the child’s bottle. According to Varro E. Tyler, Ph.D., Professor of Pharmacognosy at the School of Pharmacy and Pharmacal Sciences at Purdue University in West Lafayette, Indiana and author of The Honest Herbal, “Fennel tea in particular is a favorite colic remedy in Germany. “They’ve been using it there for years,” he says. Fennel not only expels gas, but has been found to have a calming effect.

Note: Some of these benefits below are based on anecdotal evidence as opposed to clinical research, and fennel seed tea is not to be considered a substitute for medicine. It is important to consult your physician before beginning a medicinal tea regimen.

Benefits of fennel seed tea
– Stomach Soother
According to “Prescription for Herbal Healing” by Phyllis A. Balch, fennel seed tea has a *carminative effect on the digestive system, relieving intestinal gas without encouraging flatulence (farts). It can soothe the muscles that line the digestive tract, making digestion more effective, as well as kill harmful bacteria and reduce stomach spasms.

Note: Before consuming fennel seed tea, talk with your doctor or pediatrician.

So, fennel tea helps enhance the mother’s breastfeeding action and also helps to calm the colicky baby for adequate and proper breastfeeding. 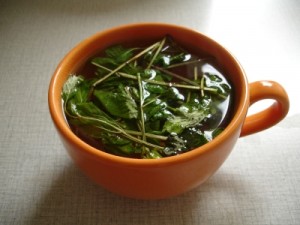 So mothers and care-givers, nothing should hinder the adequate nutrition of your baby, find out why here.