Have You Tried Soursop? 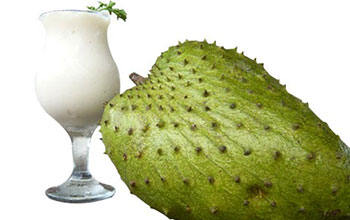 OK here it goes, soursop is amazing on the first try. You know there are some fruits you try out and then you be like, why do I have to eat this? Then you remember it has so many benefits that comes with it, so you just have to get adapted to it. On the other hand, soursop is a different ball game. I once heard a friend of mine back in Nigeria, when I was in the university, rave about soursop and I almost had to choke the words out of her. She was convincing enough that I had my first bite (so unlike me), and voila, I couldn’t help but continue. She had to drag it away from me because that was her last piece.

Soursop is another name for the fruit called graviola. I once used to think it is an “igbotic” (a tribe in Nigeria) name till I saw it on the internet. That is why it is not good to judge before researching (LOL). In a bid to describe the fruit, I can say the fruit’s flesh is soft, smooth and sweet, and provides carbohydrate as its major nutrient. Soursop also contains abundant vitamin C and several B vitamins such as thiamin, riboflavin and niacin, along with calcium, phosphorus and a small amount of iron. 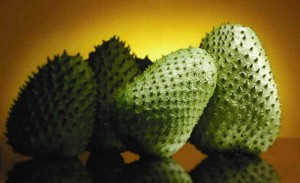 Soursop contains a number of natural substances that have biological activity, according to Memorial Sloan-Kettering Cancer Center. These include fatty compounds called acetogenins, especially one called annonacin, along with other compounds called quinolones, annopentocins and two alkaloids, coreximine and reticuline. Soursop’s acetogenins are the compounds that have been most studied, especially for their potential to prevent or slow the growth of cancer. The Cancer Center also says that some compounds in soursop may be naturally antiviral and antiparasitic, and may also suppress inflammation.

One of the striking fun fact of soursop is that, in regions like the Caribbean’s, when they are being asked what their secret for good night sleep is, the most frequent response you get is soursop. It turns out that soursop (Annona muricata) is a fruit mainly grown in tropical climates. In the West Indies, soursop leaves are commonly used as a sedative. In the Netherlands Antilles, the leaves are brewed to make a beverage that enhances sleep. The leaves can also be put into one’s pillowcase to enhance sleep. So eating soursop is just parallel to having a good sleep. For those who work long hours, those who experience insomnia, eating soursop is a new experiment to try.

Some of the traditional treatments include:

Creative cooks are also finding many ways to use soursop in desserts, soon enough a review would come up on it.