Ginger: Health Benefits and How To Brew Its Beer 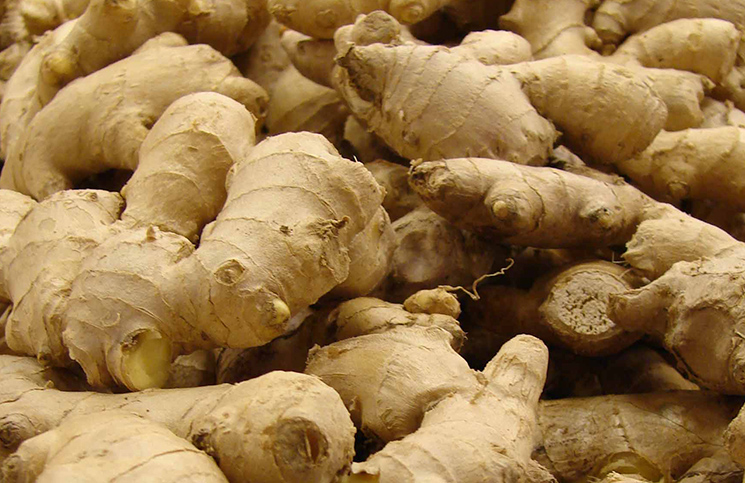 All beers are not bad! There is one healthful beer that is certified for amazing health benefits, plus you can readily brew it at home – Ginger beer. There are a few information you should know before you indulge in it though.

According to Wikipedia online encyclopaedia, ginger or ginger root is the rhizome of the plant Zingiber officinale, consumed as a delicacy, medicine, or spice.
[quote_center]In 2012, India, with over 33% of the global production, now leads in growing ginger, replacing China in second position (~20%), followed by Nepal (~12%), Nigeria and Thailand (each ~7%) and Indonesia (~5%). So technically, Nigeria ranks as 4th top ginger producers in the world as at 2012.[/quote_center]

How to Select and Store Ginger

Whenever possible, please make sure to choose fresh ginger over the dried form of the spice since it is not only superior in flavor but contains higher levels of gingerol as well as ginger’s active protease (it’s anti-inflammatory compound). Fresh ginger root is sold in the produce section of many local markets in Nigeria and amongst other countries in diaspora. When purchasing fresh ginger root, inspect it closely to see that it is firm, smooth and free of mold. Ginger is generally available in two forms, either young or mature. Mature ginger, the more widely available type, has a tough skin that requires peeling and is very available in the country (Nigeria) while young ginger, usually only available in Asian markets , does not need to be peeled (as I have come to know from World’s Healthiest Foods).

Even though dried herbs and spices like ginger powder are widely available in many supermarkets (e.g Shoprite), you may want to explore the local spice stores or markets in your area.

Ginger is also available in several other forms including crystallized, candied and pickled ginger. Fresh ginger can be stored in the refrigerator for up to three weeks if it is left unpeeled (and if the Electric Distribution Companies will let us). Stored unpeeled in the freezer, it will keep for up to six months.

Tips for Preparing Ginger for Consumption

To remove the skin from fresh mature ginger, peel with a paring knife. The ginger can then be sliced, or minced. The taste that ginger imparts to a dish depends upon when it is added during the cooking process. Added at the beginning, it will lend a subtler flavor while added near the end, it will deliver a more pungent taste.

Now here’s how to make yourself a ginger beer to enjoy at home. This recipe was provided by an associate and friend – Adaobi Okonkwo of www.dobbyssignature.com (She’s a veteran chef with both national and international repute). Enjoy!

Directions:
Step 1: Peel off the papery skin of the ginger with a spoon (It would come off easily) or a knife, rinse clean and grate with a grater.

Step 2: Place the grated ginger in a small pot, add the sugar and 2 cups of water. Heat till the sugar dissolves then turn off the burner.

Step 3: Through a fine sieve, strain the sugar-ginger syrup into a bowl and once strained completely, leave to cool down.

Step 4: Transfer the strained liquid into a plastic bottle, add the remaining water, lemon or lime juice and bakers yeast. Make sure you leave a little air space in the bottle (This is done to leave room for the gases that would build up during fermentation). Cover the bottle and shake to mix up all the ingredients as well as activate the yeast to start the carbonation process.

Step 5: Leave to stand in a cool place for about 24-48 hours (Try opening it once or twice to release the carbon dioxide as well as reduce pressure so it doesn’t explode in your face when it’s finally ready).

Step 6: To check if it’s ready press the plastic bottle, if it depresses / goes in then it’s not ready but if it’s firm and seems swollen then it’s ready. The firmness is caused by the carbon dioxide produced during fermentation.

Step 7: Once it’s ready, gently open up (Best done over the sink) to release pressure. It should  bubble or be fizzy. (Imagine the reaction you get when you open a carbonated soft drink that has been shaken). Now your drink is ready, but best served cold.

Place in a refrigerator and serve chilled to enjoy it best.

Uses and Health Benefits Of Ginger

Historically, ginger has a long tradition of being very effective in alleviating symptoms of gastrointestinal distress. In herbal medicine, ginger is regarded as an excellent carminative (a substance which promotes the elimination of intestinal gas) and intestinal spasmolytic (a substance which relaxes and soothes the intestinal tract). Also, modern scientific research has revealed that ginger possesses numerous therapeutic properties including antioxidant effects, an ability to inhibit the formation of inflammatory compounds, and direct anti-inflammatory effects.

• Ginger contains Chromium, Magnesium and Zinc which aids in normal blood circulation as well as prevent or treat fever, flu and cold.

• Ginger helps improve the absorption and assimilation of essential nutrients in the body.

• It’s a good remedy for nausea and motion sickness.

• For pregnant women, it helps combat morning sickness such as nausea and vomiting.

• Ginger is a natural expectorant which helps in calming respiratory problems such as cough, throat and nose congestion.

• Ginger helps in lowering cholesterol, and also reduces the risk of stroke by inhibiting fatty deposits from the arteries.