French Fries: Why and Why Not to Indulge 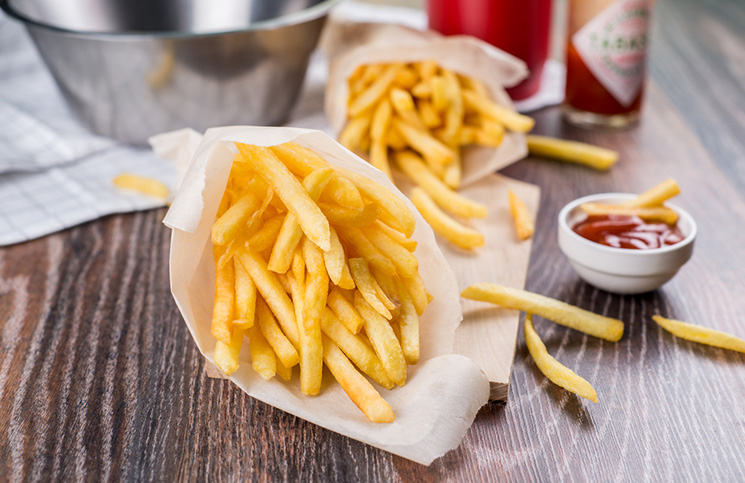 French fries may be a popular choice for food. But, they are definitely one of the unhealthiest foods consumed in this day and age. Today you need to be careful about what you consume. Eat more healthy meals which contain rice, pasta, beans, wholegrain bread, salads and fruits.

Why You Shouldn’t Eat Most French Fries

Although delicious, eating French Fries may not be healthy but there are a few nutritional benefits to them. However, you should remember to eat them only as a treat now and then. Else, you are likely to risk certain health issues, obesity and clogged arteries to name just a few. You can make your plate of French fries a little healthier if you skip the ketchup, salt and vinegar. 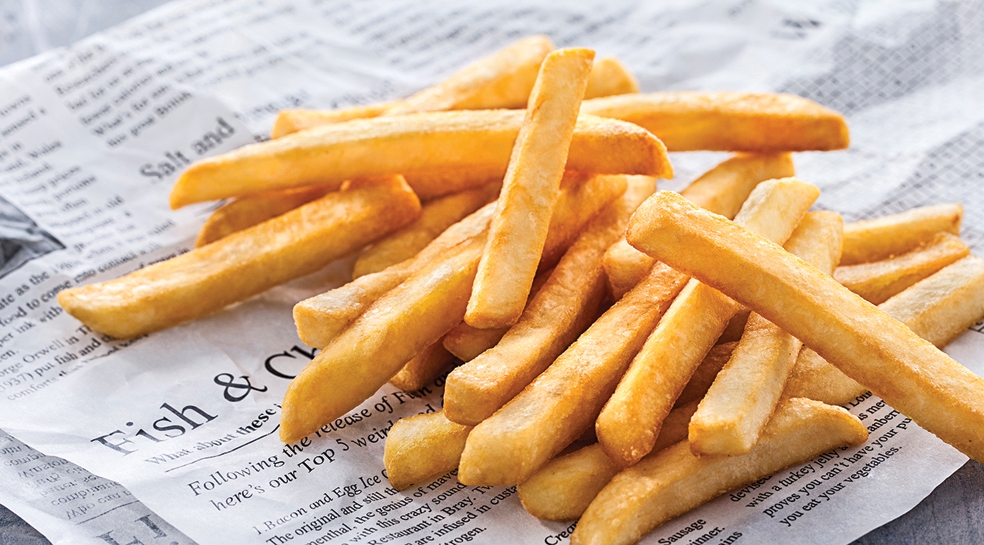 A little Google searching will provide you with the No. 1 reason people are concerned with commercially produced French fries: acrylamide.

This chemical found in many industrial processes like paper-making and wastewater treatment forms in some starchy foods during high-temperature cooking. It’s a relatively newly understood compound (discovered in 2002), but it seems that this high-temp cooking forces a reaction between some sugars and asparagine (an amino acid) to form acrylamide.

The worst method for cooking starches, such as white potatoes, is frying, followed by baking, broiling and roasting. When preparing foods like these, try keeping the temperature below 250 degrees Fahrenheit or boiling/steaming the potatoes to avoid acrylamide formation.

To limit your exposure to acrylamide, cut and then soak your potatoes before cooking. I recommend soaking them for two hours, if you can, which reduces acrylamide content by up to half. Rinsing for just 30 seconds can cut the amount by over 20 percent. (1)

You should also never keep raw potatoes in the fridge to reduce acrylamide consumption. Try keeping them in a cool, dark place before preparing. (2)

No one is shocked that eating frequently at most eateries can contribute to obesity. However, did you know that the unassuming French fries next to your soft drinks might be a factor?

One culprit in the ingredients of French fries includes dextrose, an added sugar. Weight gain is one undesirable side effect that comes as a result of eating too many added sugars.

Not surprisingly, this corn sugar the fries are soaked in is yet another exposure of people to genetically modified corn. Increased intake of corn products is linked to obesity, independent of gender or ethnicity. (3)

Fries also contain sodium acid pyrophosphate, a leavening agent that is commonly found in cheeseburgers, milk products and boxed cake mixes. Because it is absorbed as phosphorus in the body, it’s important to keep track of how much you’re consuming, as your phosphorus-to-calcium ratio should be about 1:1.

Eating French fries and other foods high in phosphorus and sodium acid pyrophosphate can potentially lead to elevated blood phosphorus levels. Too much phosphorus disrupts various functions of the body and contributes to bone loss, eventually resulting in osteoporosis. (4)

Potentially because of the simplicity of the carbohydrates in white potatoes, French fries are associated with the development of Type II diabetes.

Two studies analyzing the association between eating French fries as a substitute for complex carbohydrates, such as whole grains, and diabetes found that diabetes risk increased for those eating French fries and other conventional potato dishes. These cohorts, combined, include 283,736 subjects. (5, 6)

In addition to the one mentioned above, at least one other study found a strong correlation between consuming a lot of French fries and other white potato products with increased risk of hypertension. (8)

A novel project was conducted in 2015 to investigate the prevalence of food addiction in 100 overweight and obese kids. Seventy-one percent of the children in the study were diagnosed with food addiction. With French fries as the fourth most frequently addictive foods discovered, only trumped by chocolate, ice cream and carbonated beverages.

Eating French fries once or twice each week increased the risk of food addiction in study participants by more than two times. (9)

Western dietary habits, including French fries and other fast foods, seem to be an indicator of asthenozoospermia, a condition involving slow-moving sperm. On the inverse, what the researchers referred to as a “prudent” dietary plan, involving lots of colorful vegetables, seafood, fruits, legumes, whole grains, poultry, tea, coffee, dairy and oils, did not show the same results. (10)

The Nutrition of French Fries

According to Fitday, the following nourishment can be gotten from French fries or fries generally. The nutrients are;

French fries are made from potatoes – a great source of fiber. Your body needs to consume a certain amount of fiber. Because it helps to pass waste through your system as well as lowering cholesterol. If your body has a fiber deficiency you may suffer from poor digestion and other stomach and bowel problems.

Potatoes contain potassium. So, when you are eating French fries you are consuming a certain amount of this nutrient. It is essential for providing your body with the energy it needs to get through the day. If you do not get enough potassium in your diet than you may notice becoming more tired, your reflexes get slower and your muscles may get weak and experience cramping. In addition to this, a deficiency in potassium also creates feelings of depression and anxiety. Consuming potassium through French fries will help your body keep going through the day by producing a constant amount of energy.

Also known as pyridoxine, vitamin B6 is another essential vitamin that your body needs. French fries contains Vitamin B6. It helps to battle against several little illnesses and even much larger ailments. In addition to this, women will get extra benefits. Since, vitamin B6 also helps against bloating, menopause and hormonal swings during your monthly cycle. Scientists have even discovered a link between vitamin B6 and infertility plus nausea during pregnancy. The vitamin B6 you find in French portions can also help you get shiny, glossy hair and healthy looking skin.

Have a lovely weekend everyone! 🙂