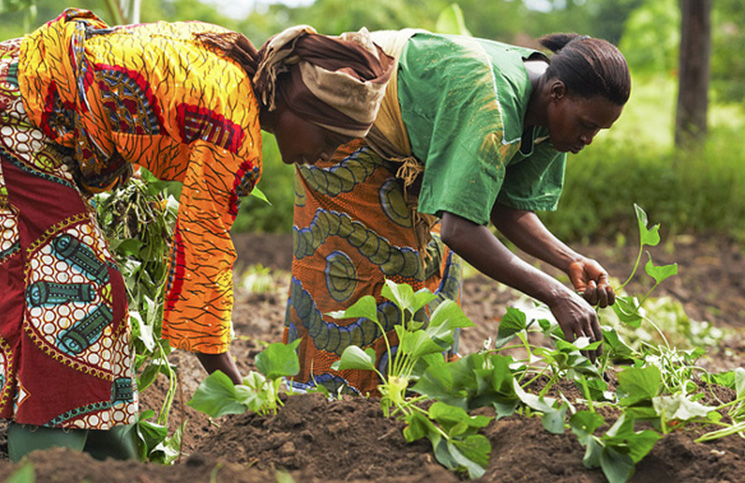 Food Security means that all people at all times have physical & economic access to adequate amounts of nutritious, safe, and culturally appropriate foods, which are produced in an environmentally sustainable and socially just manner, and that people are able to make informed decisions about their food choices.

At the core of food security is access to healthy food and optimal nutrition for all. Food access is closely linked to food supply, so food security is dependent on a healthy and sustainable food system. The food system includes the production, processing, distribution, marketing, acquisition, and consumption of food.

From what is said about food security above, do you think you country is food secured? Let me talk about my own country Nigeria. Nigeria is still characterised by high reliance on food imports. Malnutrition is widespread in the entire country and rural areas are especially vulnerable to chronic food shortages, malnutrition, unbalanced nutrition, erratic food supply, poor quality foods, high food costs, and even total lack of food.

This phenomenon cuts across all age groups and categories of individuals in the rural areas. There is a high level of malnutrition among children in rural Nigeria; the figures differ with geopolitical zones, with 56 percent reported in a rural area of South West and 84.3 percent in three rural communities in the northern part of Nigeria. Nationally, the overall prevalence of stunting, wasting, and underweight are 42.0 percent, 9 percent and 25 percent, respectively. As a matter of fact, Nigeria is rich, she is rich enough not to import food. After-all her newly released GDP makes her the largest economy in Africa followed by South Africa.

So why are we still laid back? Why are there still overwhelming numbers of hungry, and malnourished people in Nigeria? Does it bother you? Do you want a change? You can start that change, we can start it, we all can bring about needed change. but how?

Farming has been abdicated to only those who reside in the villages, thus making agriculture look like an occupation for villagers or the average in class alone, which is very wrong!

Ironically, many of the youth in cities are unemployed with overwhelming thousands applying for the few available jobs, while agricultural lands lie fallow and neglected. Of course, the powers-that-be will not pay attention to food security as long as there are other so-called pressing state matters and Nigeria will continue to import food to feed her citizens. Almost everything is imported in the country today. Funny enough, Nigeria produce same things that are imported. Take for example rice importation. We have the Ofada rice, Abakiliki rice which is by far more nutritious than the ‘foreign’ rice. Why can’t the importation of rice stop and attention focused on our locally produced rice?

The problem of food security is multifaceted. It is not out of place to say that the country is facing a food crisis because access to sufficient, safe and nutritious food is largely non-existent or limited.

As always, the warnings have been ignored.

Food insecurity cannot be effectively combated if the government continues to pay lip service to agriculture. Small-scale farmers ought to be supported, encouraged, informed and educated. They should be given incentives in the form of interest-free loans and monitored so that the loans are invested judiciously. Also, farmers across the country should be taught modern farming techniques. Agriculture or farm inspectors should be attached to these farms to educate the farmers. In addition, tax havens should be granted to importers of farm machinery.

Furthermore, we the youths must understand that agriculture is everybody’s business. The truth is except the youths are compelled to take up agriculture, we would keep running away. Perhaps, the National Youth Service Corps should be extended by one more year. The first year should be the usual service, while the second year should be dedicated to corps members being sent to farms. Without satisfying these criteria they will not be allowed to pass out. Parents should also introduce their children or wards into farming by engaging themselves in farming too. Children easily learn from their parents. As part of their social responsibility, corporate organisations must ‘adopt’ farms and support farmers financially for better output.

Nigeria must shelve the idea of playing the ‘big brother’ by feeding other countries while her citizens go hungry. Sooner or later, the outrageous prices of food stuffs would start getting to the people.