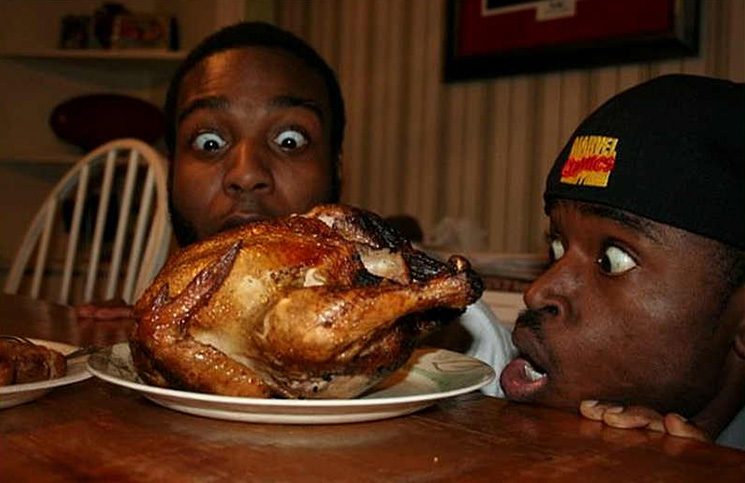 The town crier’s crow of the “ember season”. Welcome to a new month, September. It’s a new season to remember, that dieting is the best way to go. The greasy food won’t do much good to your health in a life time as much as it would do to your stomach for a short time. Short-lived by one visit to the toilet (LOL).

It’s the festive season people, the hunt and crave for food is increasing. Preparations for the end of the year rush hour kicks off with September. Ranging from varieties such as amala on deck, the well celebrated jollof rice for sure. For those with the ability to pound yam, and the moi moi downers, with so much rave we forget to put our food portion and overall health in check.

I know we love food, it has become a passionate love affair. The question is how does a food crazed enthusiast, chocoholic, ice cream fanatic, like me, who is frequent food eater, not gain a million pounds?

The idea we have is that we decide the size of food we eat, but you don’t actually. When it comes to eating to our satisfaction, we tend to think we weigh how much is enough with our eyes and the portion. It’s a YES and also it’s a NO. Researchers have long proven a way to cut out extra calories is the use of SMALLER PLATES. Yes!!!!! SMALLER PLATES. I am sure what come to your mind is “I will be cheated during meals” LOL. No, the satisfaction at the end of this experiment would leave you wanting to try again.

Based on the Delboeuf Illusion, an optical illusion that demonstrates that smaller plates causes us to eat less. The illusion works because the thought of things that are smaller as compared to things that are larger. 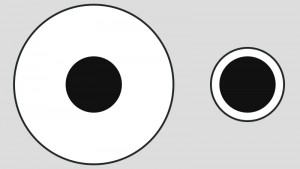 Take for instance, if you put a small piece of food on a larger plate, your mind will tell you that you are eating a small portion and you will automatically find yourself adding more food to the plate to find satisfaction. However, if you take that same portion and put it on a small plate, your mind will send a message that you are eating large portions and you will stop adding to it.

The circles of food are the same size on each plate. Either way, you are eating the same amount of food or food portion. However, forcing yourself to put a small portion of food on a large plate will drain your sense of motivation from dieting. From a psychological standpoint, it feels like you are depriving yourself. Meanwhile, the same portion feels bigger and more filling when you see it on a small plate.

Color is everything. It is a power that directly influence your soul. You may already have a few tricks up your sleeve about eating right and watching your weight. Well the latest trick may be the boldest one of all: Eat off of BRIGHT RED plates, and you could eat less after all. YES, RED!!!!

Red is such an interesting color that it correlates with emotions, because it is on both ends of the spectrum 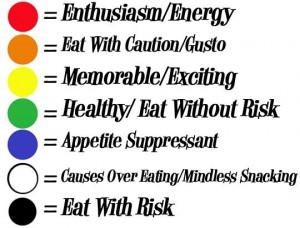 The higher contrast in plate color to food color will automatically stop you from adding an extra scoop onto the plate. Naturally, this isn’t something you will think about, your mind will just realize that you don’t need another serving. You wouldn’t need to rely on motivation because the color of the plate is helping your mind make the decision for you.

Now, don’t go about people’s house asking for colored plates, LOL. This can be more practical at home. As much as you practice this, the food portion you eat is of great importance. This will be discussed on our next post for this topic, same time next Wednesday.

Imagine a meal with rice, chicken, and broccoli served on a white plate and a red plate. Which will make you scoop more food portions into the plate?

Message your answers and stand a chance to win a gift