Chocolate – “Food of The Gods” 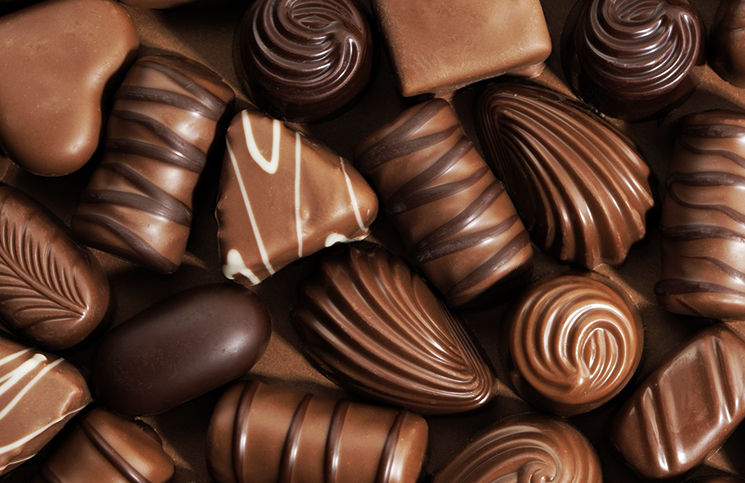 If there is one flavoring that everyone seems to love, it’s chocolate. Personally, I don’t joke with the “Chocolate Devotion” ice cream plus waffles each time I go to unwind at the nearest Cold Stone Creamery. Look at it right side below.

Chocolate is rich and sweet, with a distinctive taste that cannot be duplicated, it is no wonder it’s the universal favorite when it comes to flavor. I’m guessing, it is perhaps the most popular sweet flavoring worldwide.

According to my research, this love for chocolate can be traced through the centuries. Some ancient cultures often referred to it as a “food of the gods” for its exquisite taste and appeal, “gift from the gods” for its medicinal properties, if you check around, you’ll find that quality chocolate is still a pricy food item as was in the early Americas in pre-Columbian times. In my childhood days, my mom used to portion the quantity of Toblerone I and my brothers were allowed to take out of the refrigerator. Below is a classic picture of the one my dad comes home with on return from his Trans-European business travels, back in the days.

It is known for its distinctive flavor and can fit within a healthful eating plan. It may add a flavor spark which makes nutritious foods, such as milk, more appealing. Although, by itself, it has a bitter taste.

It is made from the beans of the cacao tree, which grows in the warm, humid weather of the equatorial regions. Like coffee beans, the beans of the cacao tree must be dried, chopped, and roasted before use. The processing of the beans results in a dark brown liquid called chocolate liquor. This fluid — according to the Encyclopaedia of Foods (2002) it is 55% fat, 17% carbohydrate, and 11% protein — and it is used to make virtually all types of chocolate.

There are different types of chocolate available in the market and our grocery shops both at the local “Aboki” stalls and standard stores like Shoprite that contains varying amounts of cocoa butter, this is the vegetable fat derived from the cacao bean — and solids from the cacao bean.

Unsweetened — Sometimes referred to as baker’s chocolate, this dark, rich, and bitter chocolate does not have any sugar added to it. It is usually added to recipes in which sugar is an ingredient e.g In cake making.

Bittersweet — This dark, rich chocolate is comprised mostly of chocolate liquor, meaning it is rich in cacao solids, but it may have some milk solids and other flavorings added to it.

Semisweet — This contains more milk solids and other sweet flavorings than bittersweet chocolate.

Milk — The sweetest of all chocolates, milk chocolate has a light-brown color and a mild chocolate flavor.

White — This ivory-colored chocolate contains no cacao bean solids, but it does contain cocoa butter, which gives it a rich, creamy mouth-feel. It differs from white almond bark or candy coating, which uses vegetable fat as a base instead of cocoa butter.

Imitation chocolate — Typically used in baking chips, imitation chocolate replaces some or all of the cocoa fat with other vegetable fats. It is high in fat mostly saturated fat – the dangerous kind of fat and does contain caffeine. This type is a very unhealthy choice. You had better RUN from it!

Cocoa — It is a powdered form of chocolate made from chocolate liquor. However, all cocoa butter has been removed from it. A tablespoon of unsweetened cocoa powder contains about 15 calories and just under 1 gram of fat, this makes it a very good source of calories while keeping fat intake at a low level. This is no wonder my mum never jokes with her jar of cocoa powder, because it gives her the required daily energy boost, while keeping her trim and young looking.

It contains a category of phytonutrients called polyphenols (specifically flavonoids). Research is still exploring its links to heart health; chocolate appears to have significant antioxidant potential, hence it is anticancer. It has been found to also contain tannins and also a good source of zinc and magnesium. When eaten in moderation, chocolate like other foods, can be part of a healthy diet. It is a source of protein and contains trace amounts of vitamins and some minerals, such as potassium, copper, nickel (one might wonder what nickel does to the body…lol, Google it!). The nutrient composition/comparison of both white and dark chocolate is available here.

But hey, all my ladies!…Don’t go eating large chunks in a bid to “lose weight”.

In a study from Nigeria, the average lead concentration of cocoa beans was less than 0.5 mg/g, among the lowest reported values for a natural food, with lead concentrations ranging from 70–230 mg/g for raw and processed cocoa.

“These measurements are consistent with market-basket surveys that have repeatedly listed lead concentrations in chocolatey products among the highest reported for all foods. One source of contamination of the finished products is tentatively attributed to atmospheric emissions of leaded gasoline, which is still being used in Nigeria.”

The figures are still comparatively low when compared to 200,000 mg, which is the WHO tolerable daily limit for lead consumption.

It should be stored in a cool, dark place and can be kept for several months, refrigerating it would suffice. The dark variety can be stored for up to a year! Amazing isn’t it? Varying temperatures will cause lighter, whitish areas to appear on it — something that does not affect taste and is resolved when it is melted. It also can be frozen, but it must be wrapped tightly to prevent moisture from damaging the snack when it is thawed.

Now you know this much, have an “informed” treat today! See our smoothie recipes for you to enjoy.